Inside The Combat Zone

Upscale restaurants, majestic theaters, and luxury condos line the streets of downtown Boston today. Students, office workers, doctors, and shoppers navigate the busy sidewalks along Washington and Boylston Streets, giving little thought to the historical significance of their surroundings. The bustle distracts passersby from what may be the city’s dirtiest little secret: these blocks were once home to Boston’s most notorious neighborhood. The Combat Zone, a five-plus-acre, city-sanctioned adult entertainment district, that was as sordid and alluring as anything found in Amsterdam or Vegas. Indeed, Boston’s now tony neighborhood once resembled the set of HBO’s The Deuce, all with the blessing of city officials.

In this talk, based on her her provocative new book, Inside the Combat Zone: The Stripped Down Story of Boston’s Most Notorious Neighborhood (Union Park Press, 2017) veteran reporter Stephanie Schorow recounts the stories that made the Zone infamous. Meet the dancers who stripped to punk rock, the cops who tried to keep order on the streets, and the hookers who turned tricks and slipped wallets from gullible tourists. Go beyond the enticing marquees promoting all-nude revues to discover how the Zone—in an era dogged by miserable economics— remained one of Boston’s most profitable neighborhoods.

About the Teacher - Stephanie Schorow

A freelance writer, journalist, author, and teacher, Stephane Schorow has made a reputation as a lively speaker about off-beat historical and cultural topics, mostly focusing on Boston's more nefarious history. Using images and video clips and telling tales that are often stranger than fiction, Stephanie takes her audiences on journeys into a past that few people know. For example, how many folks remember walking along Washington Street, right smack in the middle of Boston, and seeing rows of strip clubs proclaiming the best in exotic dancing? Yet from the 1960s to the 1980s, Boston's "combat zone" was an officially designated adult playground. In her newest book, Inside the Combat Zone: The Stripped Down Story of Boston’s Most Notorious Neighborhood (Union Park Press, 2017), Stephanie recounts the stories that made the Zone infamous.

Stephanie is the author, co-author or editor of seven nonfiction books, including Drinking Boston: A History of the City and Its Spirits, published by Union Park Press in 2012, and, with co-author Beverly Ford,  The Boston Mob Guide: Hit Men, Hoodlums & Hideouts, published in December 2011, by the History Press. She has also written on the tragic Cocoanut Grove fire, the Boston Harbor Islands and the "Crime of the Century," the 1950 Brink's robbery. 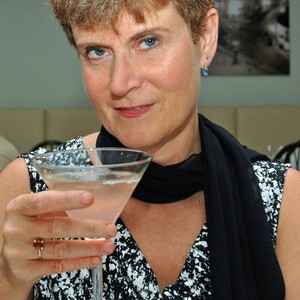