Badass Women (and Men) of Burlesque

About the Teacher - Red Velvet

Red Velvet, a life-long dancer, has performed in musical theater and burlesque throughout the U.S. and internationally.   Red Velvet is proficient in various dance forms and teaches classes in burlesque, cancan, and Isadora Duncan dance.    Red Velvet is co-artistic director of a monthly show, DIVA or Die Burlesque, and is artistic director of the cancan troupe, The Velvettes.  She has performed with the award-winning Hot Pink Feathers and award-winning Flaunt Follies, Bombshell Betty’s Burlesqueteers, Alegria Samba Dance Company, and was artistic director for the dance group Pretty, Pretty Please.   Her burlesque performances have won Judge’s Choice at the 2019 Arizona Burlesque Festival, Most Classic at the 2016 Great Burlesque Exposition and Most Humorous at the 2014 Great Burlesque Exposition.  She co-created five full-length burlesque/cabaret/theater productions: Rebel without a Bra, At the White Rabbit Burlesque, Hotel Burlesque, Just Another Zombie Holiday Show, and Dollhouse Monsters.  She loves bringing her crazy ideas on stage for your enjoyment.  Come and Try a Slice of Red Velvet! 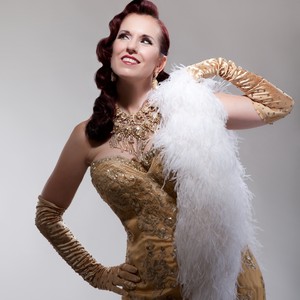 About the Panelist - Egypt BlaqueKnyle 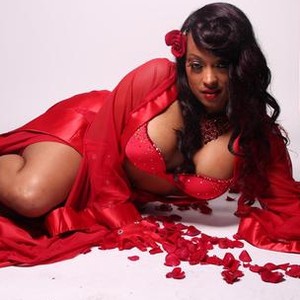 About the Panelist - Lottie Ellington

Lottie Ellington is Virginia’s infamous “Twerking Teacher” who's "Twerk BROKE Hopewell"; Lottie has a unique style, comedic wit and a flair for the dramatic; she revels in keeping the audience on the edge of their seats! ” Lottie began dancing at the age of 4 and continued studying various types of dance throughout her life. She has studied the art of the tease while honing skills as a performer, she has studied jazz, hoop dance, hip hop dance, fan dance, Congolese dance, ballroom dance and belly dance. Her numbers are usually comedic in nature and primarily considered to be a Neo-Burlesque/Nerdlesque performer however she is a well-rounded performer and has been expanding her range of "Classic Burlesque" numbers. Lottie made her Burlesque debut in 2011 and has continued pushing the boundaries of Neo Burlesque. She has performed in the Michigan Burlesque Festival, The Great Burlesque Expo in Boston, Fierce Burlesque Festival, and recently won the title of Burly Pics Michigan’s 2015 Master of Assels. 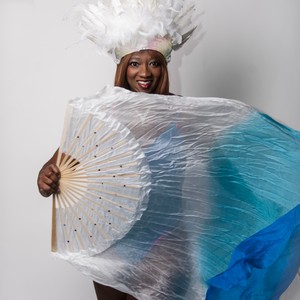 About the Panelist - Sailor St. Claire

Sailor St. Claire is a curvaceous redhead with learned mind and an A+ anatomy. With her scintillating wit and copious charms, Sailor channels academic excellence into burlesque bravura. Since 2009, The Showgirl Scholar has been putting her knowledge of the literary canon to more-than-scholarly uses, crafting elegant and erudite stripteases that offer audiences an education in the humanitease. Sailor performs with Sinner Saint Burlesque and co-produces Naked Girls Reading - Seattle. She is also the producer of Tuesday Tease, Seattle's only monthly burlesque revue featuring live musical accompaniment by Pervana. Sailor can also be found as a soloist on stages throughout Seattle, and makes regular trips to San Francisco to appear at the (in)famous Hubba Hubba Revue, Little Minsky's, and Red Hots Burlesque. She also frequently performs in Portland, OR, and has appeared internationally at Kitty Nights West at the Biltmore Cabaret in Vancouver, British Columbia and in the UK at Gutter Lane at Edinburgh’s Jekyll & Hyde Pub. She has been featured at the Ohio Burlesque Festival, the Alabama Burlesque Festival, the Great Southern Exposure Burlesque & Variety Pageant, and the Great Burlesque Exposition in Boston, where she was awarded the 2014 Legend’s Choice award by April March, The First Lady of Burlesque. 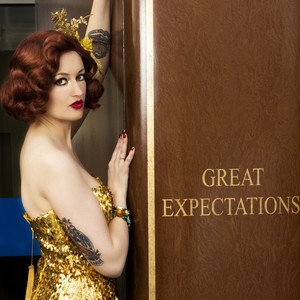 About the Panelist - Trixie Santiago

Raised on a steady diet of classic musicals and golden age science fiction, Trixie Santiago combines elegance and a sense of limitless possibilities. Inhabiting the space between yesterday and tomorrow, dress and undress, dreams and reality, she brings audiences along on a journey of ecdysiac transformation. Trixie is a frequent performer at WTF Queerlesque. She has also performed at Rogue Burlesque's "Lucky 13" amateur burlesque competition, the Newcomers' Showcase at the 2014 Great Burlesque Exposition, and the Royal Court's New Talent Showcase. 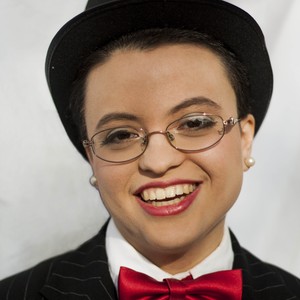