Introduction to the Art of Political Burlesque

Miss AuroraBoobReallis and Scandal from Bohemia will work with you to identify socially engaged issues about which you are passionate. After viewing some political acts from other performers, you will discuss theory and practical strategies for creating a relevant act around these issues, one which carries your message and holds the attention of the audience. You will spend time on your feet playing and exploring your talents through structured exercises selected to help you make your act more effective.
Workshop

About the Teacher - Miss AuroraBoobRealis

Miss AuroraBoobRealis a.k.a. DawN Crandell lights up the night stage with her unique mixture of raw and earthy, wild and fearless burlesque! She is an interdisciplinary performing artist creating in the intersections of burlesque, dance, theater and poetry. Central to her existence in this world is the fact that as a person she cannot and will not separate herself from her art, her race and her political beliefs. She is the co-founder of Brown Girls Burlesque, and most recently the brand new super troupe brASS: Brown RadicalAss Burlesque. She has a B.A. from Sarah Lawrence College with a focus in performing arts, and an M.F.A. in Interdisciplinary Arts from Goddard College with a focus on 20th Century Black Radical Artists and the intersections of dance, poetry and theater. Aurora first stepped on stage when she was five and never looked back. She has spent the last twenty plus years as a professional performer wowing and inspiring audiences world wide sometimes clothed, sometimes not. By day she is a certified fitness instructor teaching Zumba, PiYo and a class she co-created called Core and Balance. 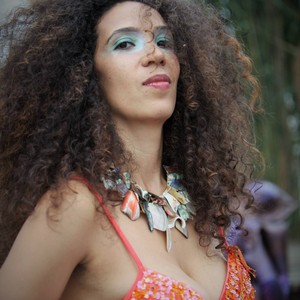 About the Panelist - Scandal from Bohemia

Scandal from Bohemia, the Weapon of Ass Destruction, has been getting ridiculously naked or nakedly ridiculous since 2007. Since then, she has performed in the United States, Canada, France, and Italy as well as being named Most Humorous in 2010′s Great Burlesque Expo in Boston, Most Unexpected Reveal, and Grand Supreme at 2015's Seattle Burlesque Games. Whether her acts involve ten foot long stuffed snakes, tomato soup can shimmy belts, or inappropriately placed bologna, audiences will leave shows understanding that Naked Is Funny. 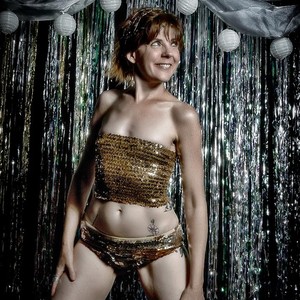